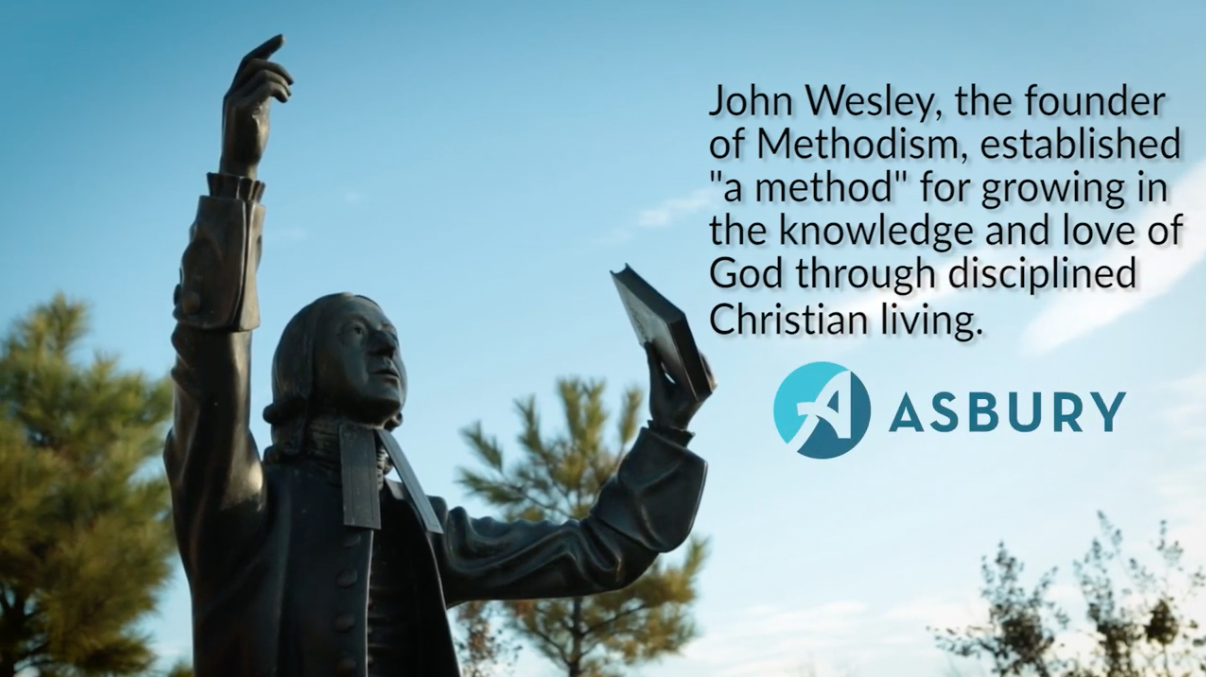 This  John Wesley study series was taught to all Asbury Discipleship Communities in early 2019 and focuses on what we believe as Methodists.

Each study will go over Scripture and a quote by John Wesley. John Wesley (1703-1791), the English evangelical clergyman, preacher, and writer was the founder of Methodism. He was one of England's greatest spiritual leaders and played a major role in the revival of religion in 18th-century English life. Additionally, this study series will emphasize teachings on the “Way of Salvation” (Prevenient, Justifying and Sanctifying Grace).